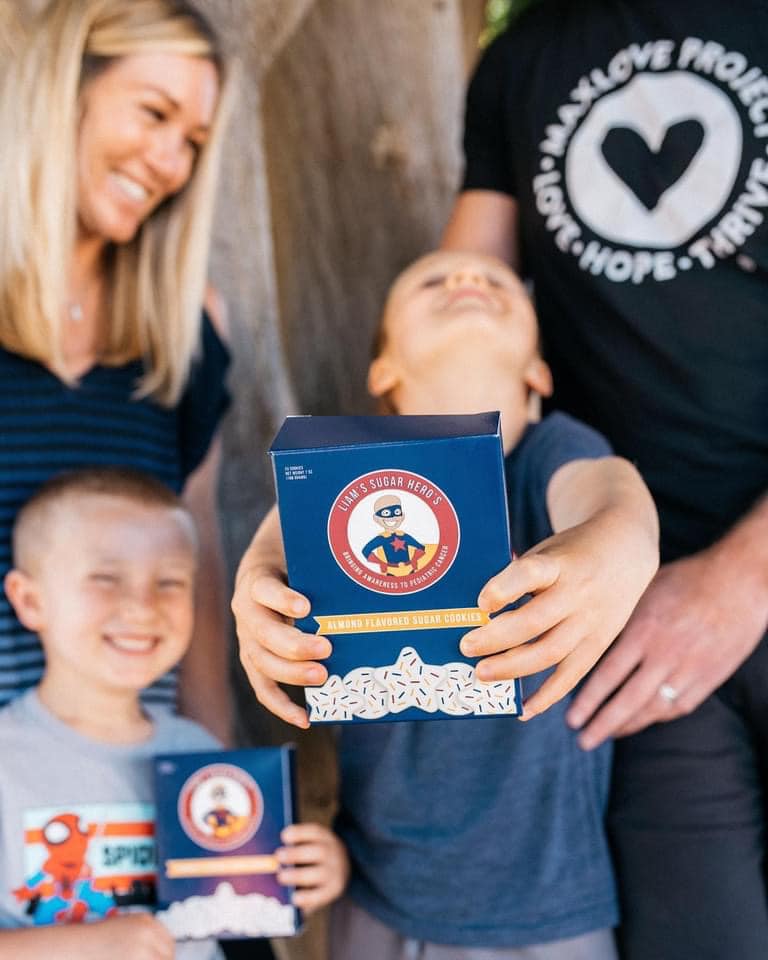 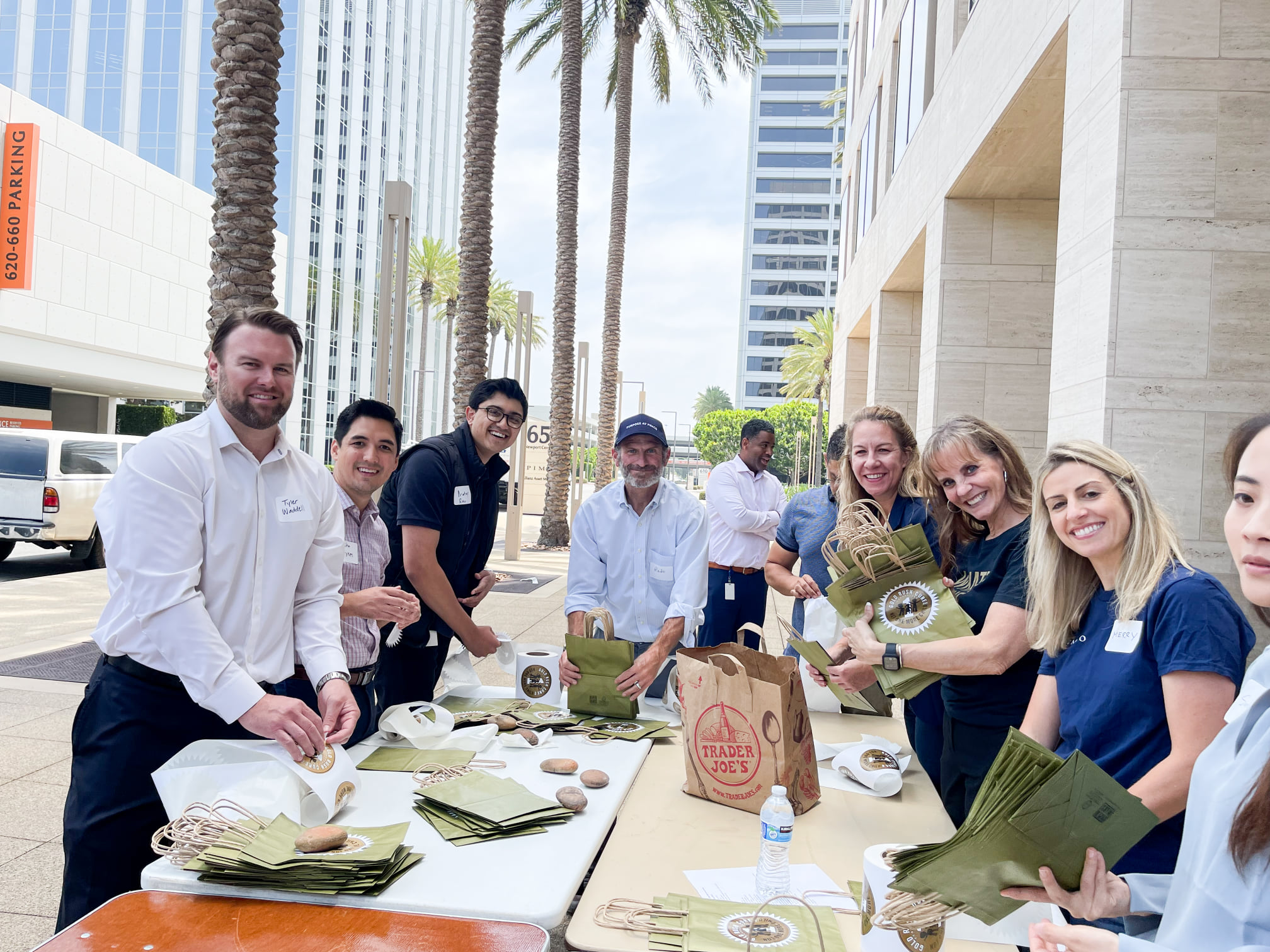 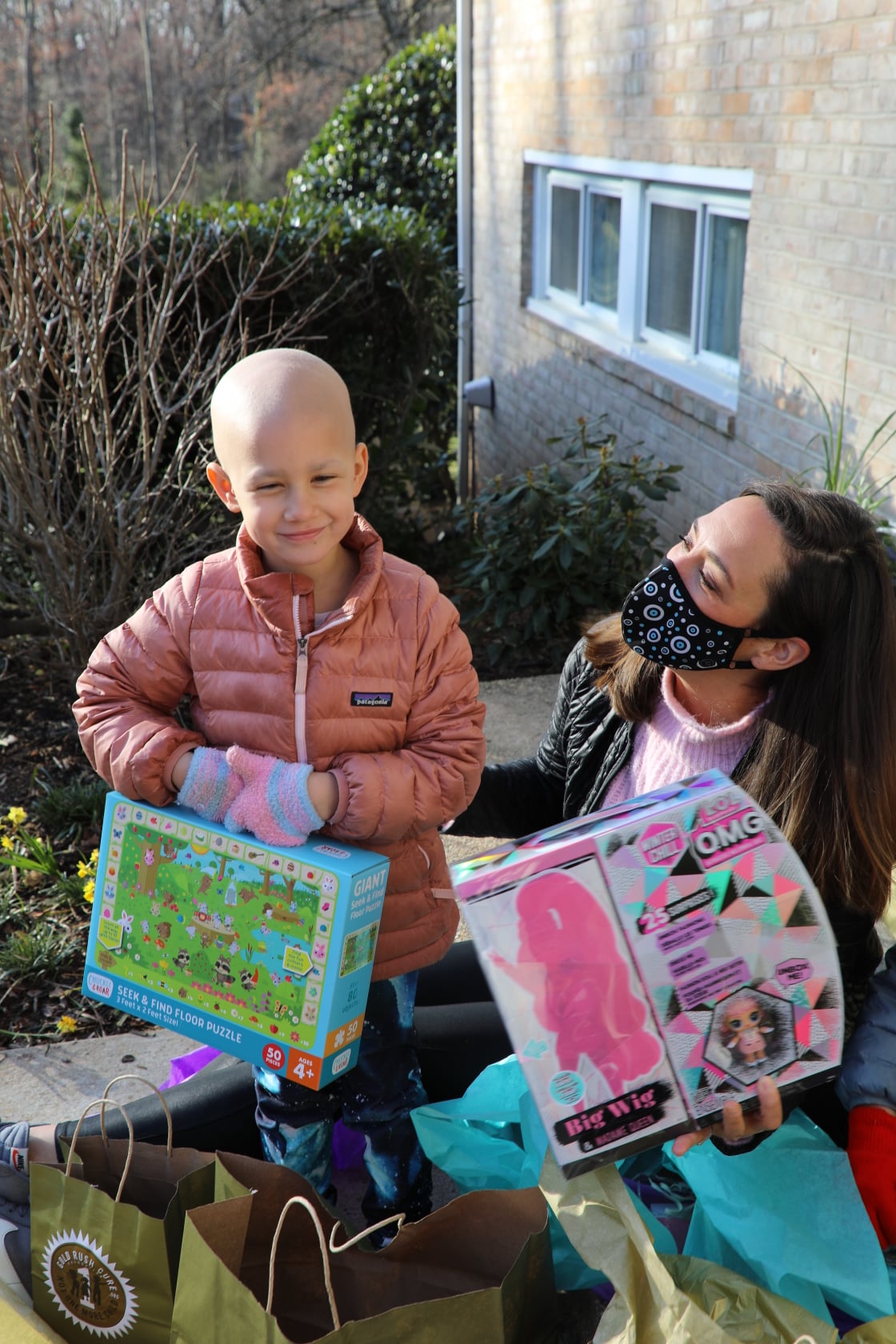 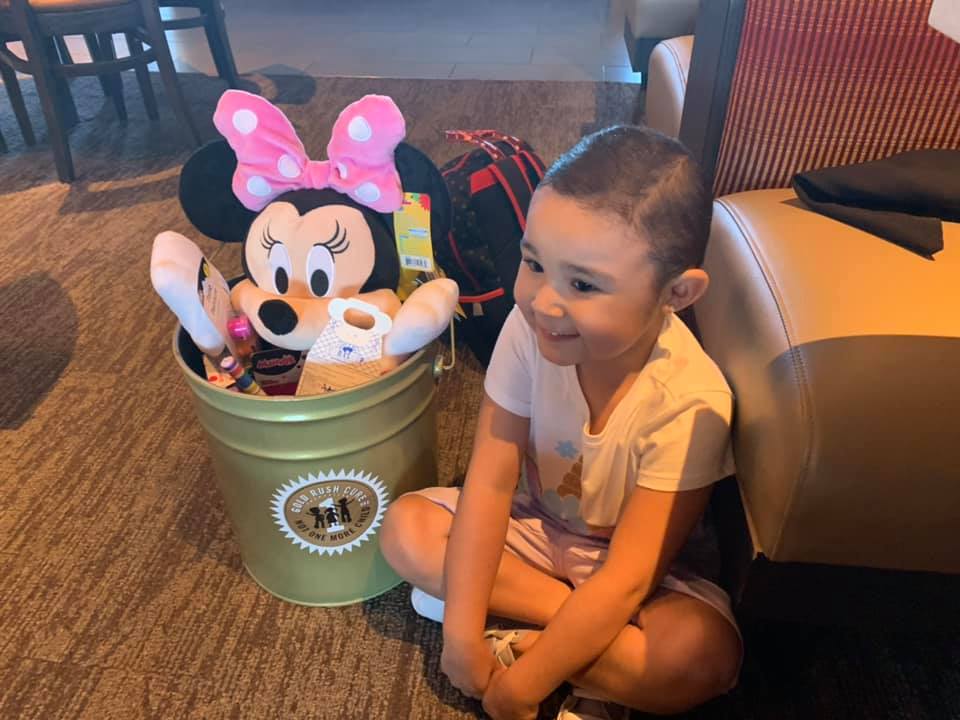 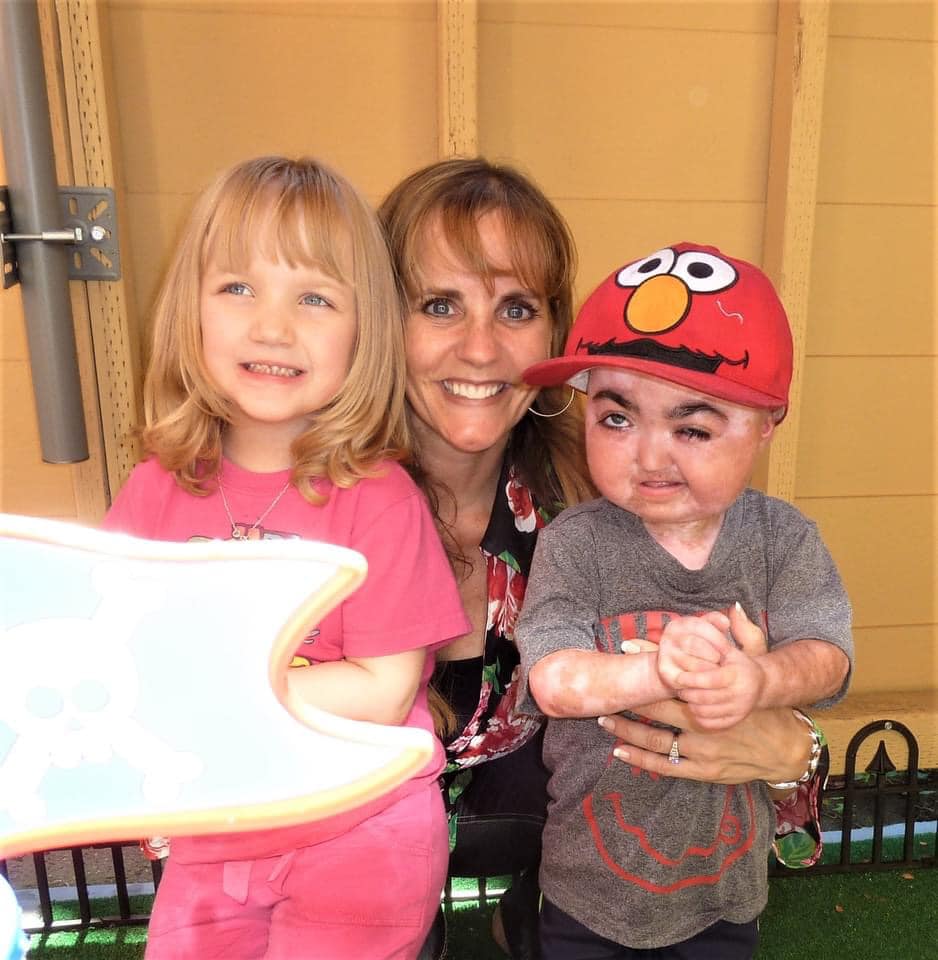 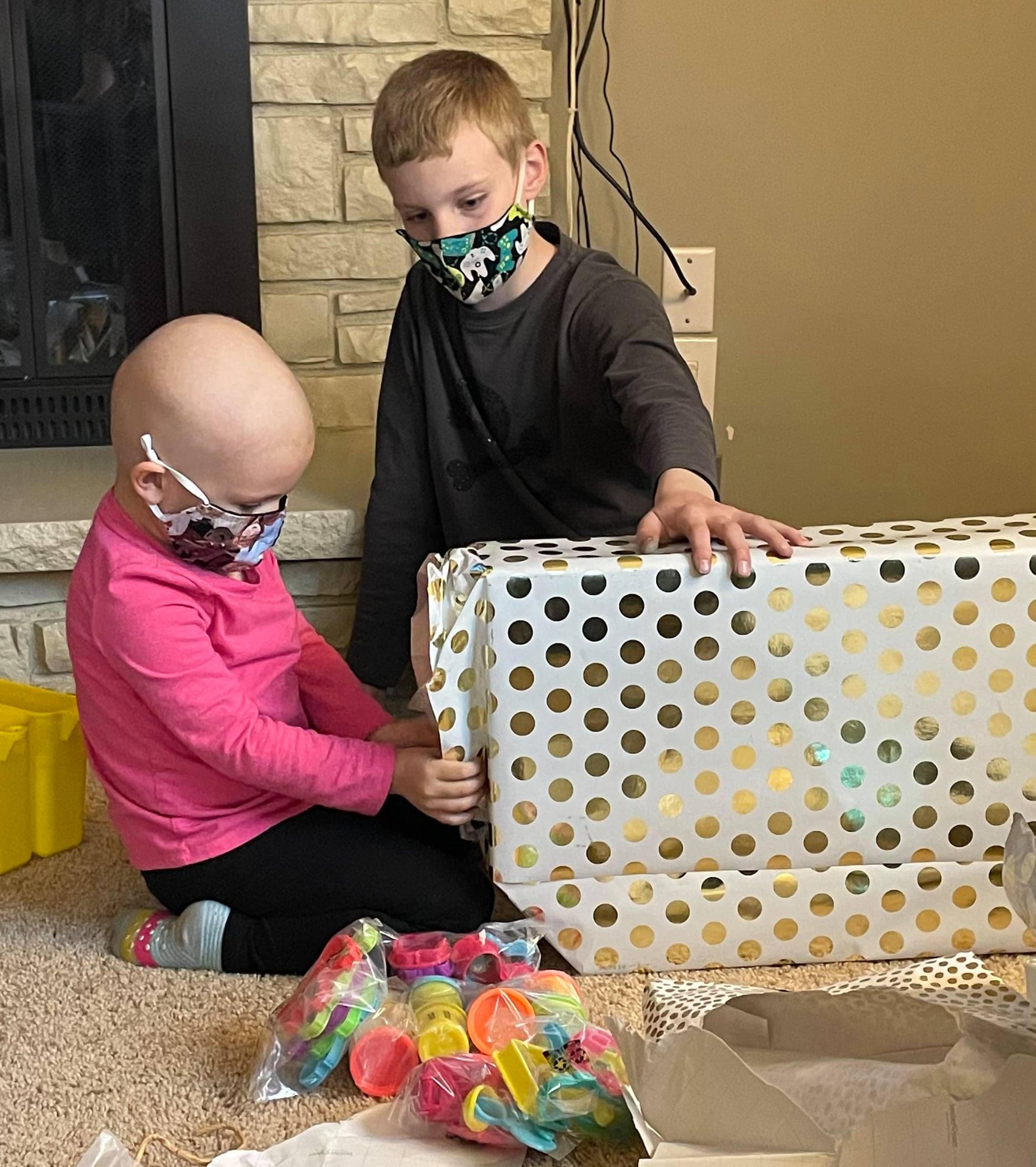 Gold Rush Cure hosted their 6th annual Celebrating Heroes gala at Dove Canyon Golf Club in Trabuco Canyon, California on October 12, 2019. Sandy Barker, President of GRCF presented hero awards to five young childhood cancer fighters while music by Sage (a past Pot of Gold Hero) and a silent auction took place that was so much fun!

The Gold Rush Cure Pot of Gold program provides hope and encouragement to children fighting cancer. With the help of this night’s fundraiser, they will be able to provide more support for these brave kids as well as their siblings.  Thank you to all who joined GRCF and those who donated when they couldn’t attend.

The heroes honored on that night are so cool! Want to read more about them? Their stories, pictures and our event photo gallery are below. 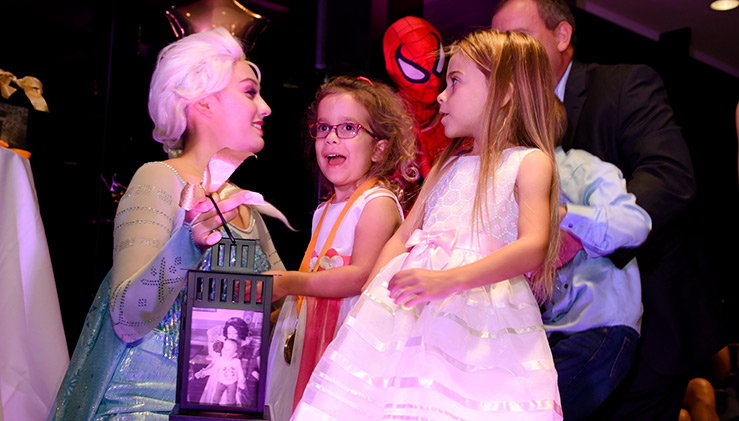 Ashley was given the character trait – determination! She was diagnosed with optic nerve glioma at age 2 and was 3 years old at the Gala.

In the final months of her treatment, Ashley started to countdown the number of treatments with the determination and excitement of starting Preschool. She just completed her year-long treatment!! The tumors have reacted well and she is in remission. She has started Preschool and loves it! Ashley has taken up horseback riding and loves that too! 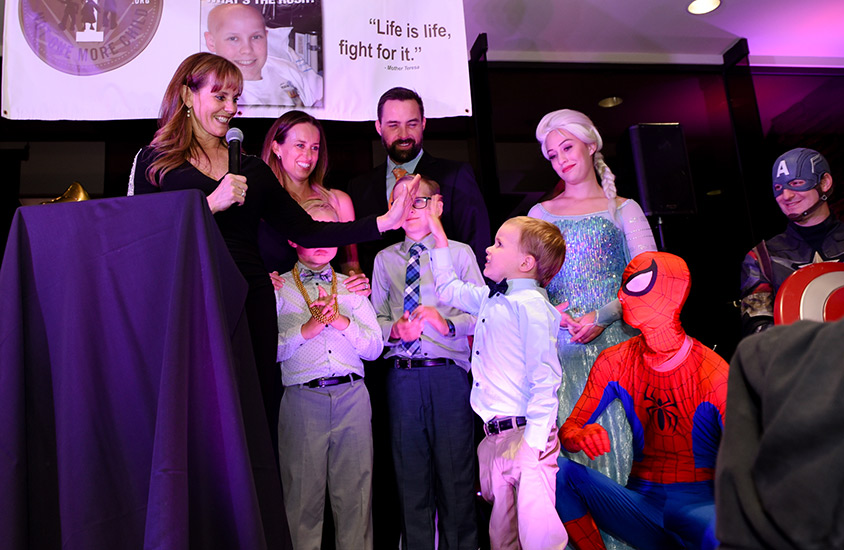 Chase was diagnosed with Acute Lymphoblastic Leukemia on November 14, 2018 and he just turned 5 in September. There are many traits his parents have in seen Chase since being diagnosed. He handled this very difficult and scary experience with more patience, self control, and courage than they ever thought possible for a 4 year-old. He sets aside obvious nervousness when they are heading to an appointment and put forth a courageous and stoic face for his numerous chemo treatments, lab draws, and lumbar punctures at CHOC.

Even though Chase’s treatments have been constant and grueling often leaving him feeling sick, he musters the energy to hop on his bike for a ride down a trail, or join his family for nature hikes. He always tries his very best at everything he does which has been an incredible take-away for his family…no matter the circumstance, always try your best because even the littlest warriors can do amazing things! 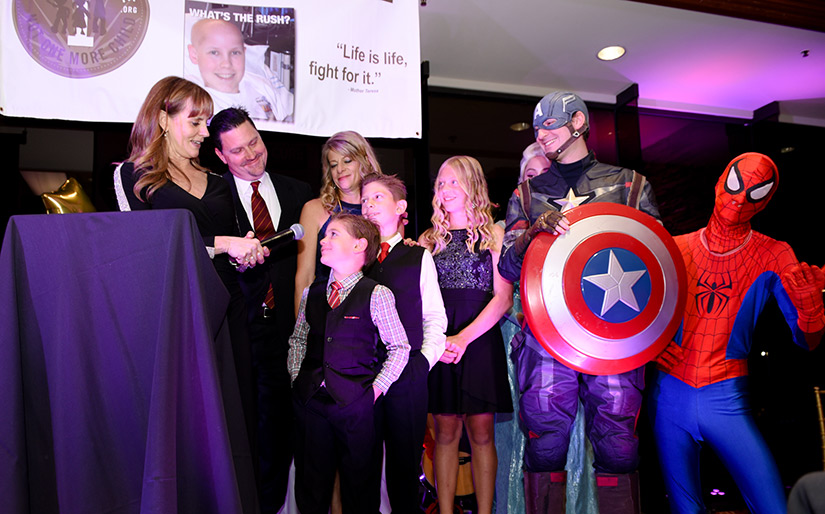 Dominic just turned 7 last month and was diagnosed with Acute Lymphoblastic Leukemia on October 30, 2018. Dominic is a huge soccer fan. When he would play after his diagnosis, he would sometimes be tired and fall down but he would always bounce back up. He plays every game with focus, feel, and heart. He inspired his team mates and coaches with his resilience, great attitude, and the ability to give his best regardless of how he feels. He is a great player and can’t wait to get cleared to officially play soccer again.

Dominic often puts others before himself. When he earned treasure box or treats for having his port accessed at CHOC, he was appreciative and would often pick out gifts for his sister or brother which shows such love for them. Many inpatient stays were spent painting pictures for his siblings. 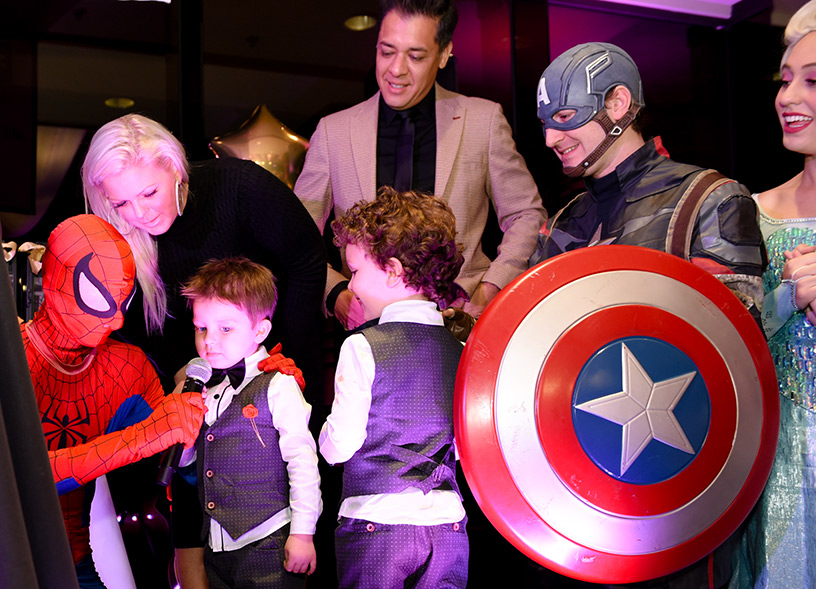 Mateo is 3 years old and was diagnosed with Acute Lymphoblastic Leukemia on July 18, 2018 while he was 2. Mateo likes Superheroes, dinosaurs, legos, dancing, music, pizza and fries.

Mateo has always had a friendly, funny, and giggly personality who stole the hearts of his entire family. He and brother Andre are only 11 months apart and they quickly became best friends. Mateo and Andre have an almost telepathic way of communicating. They do not like to be away from each other, doing naps together is also a must. As Mateo started treatment for his leukemia, many emotions were going through his mind from fear to confusion, however, he never stopped smiling and captivating people with his sweet & loving personality. 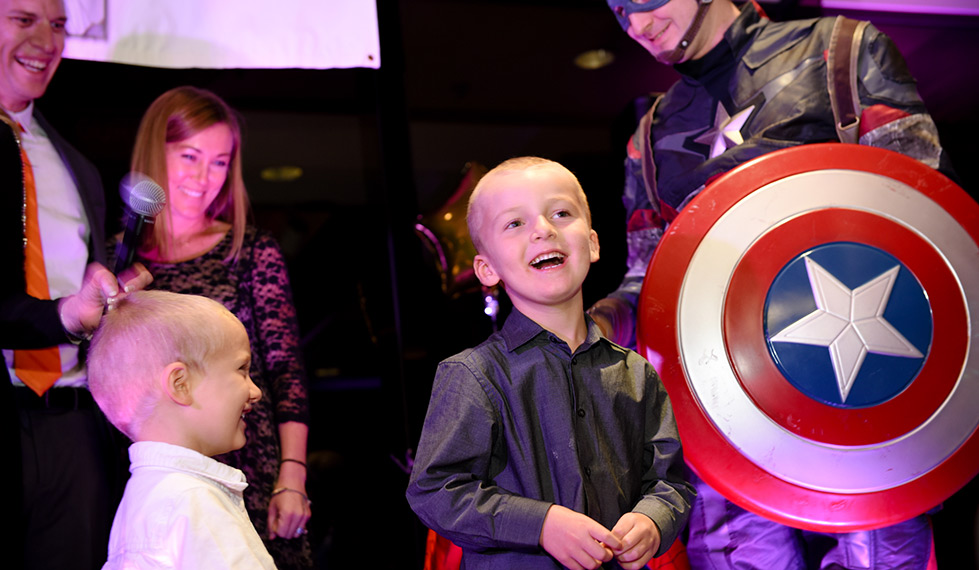 Liam is 5 and was diagnosed with Acute Lymphoblastic Leukemia on May 15, 2018. Even though Liam has had to endure a lot of chemo, he has the ability to respond, rebound, and pushing through with an uplifting spirit.

During treatment, Liam was receiving chemo and the Anaheim Ducks came to play hockey in the halls. Liam was attached to his pole he named “Robot” while getting chemo, and he learned to play hockey. Within the first year, there were many hospital stays where Liam would run around or ride his car in the hospital halls while his mom chased after him to keep “Robot” close to him. He would give the nurses high-fives, make silly comments, and bring smiles to the oncology floor. Even when he was out of the hospital he would say hello to strangers, give hugs to people at parks and grocery stores, and brighten people’s days. It made his parents day seeing him bring joy to others.

A huge thank you to Art Hernandez (Bring the Crowd Photography) for the photos! 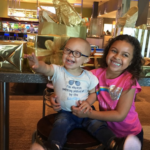 Gold Rush Cure is all-volunteer-run. A GRCF Location means we commit to the local pediatric cancer units in that region through our Pot of Gold program and have an infrastructure of volunteer support and logistics.

We are mindful of our young heroes fighting cancer, many of whom are immunocompromised and going through difficult treatment. In early 2022, Gold Rush Cure announced that the ubiquitous COVID-19 restrictions would be lifted. However, volunteers working with the Pot of Gold program are asked to:

GRCF always relies on the parents to make the ultimate decision on delivery location and preferences. Volunteers for GRCF will reach out prior to discuss deliveries and allow the parent(s)/guardians to make the best decision for their family.

No GRCF events are currently impacted by COVID-19 and will proceed as scheduled.